Everyone gathered at my house last Sunday morning, and the Traveller campaign began!

Ship: The Laughing Buddha, re-purposed heavy freighter. Re-purposed for what, you ask? Only Naval Intelligence knows and, to a lesser degree, Commander Pinback...

I don't have the deck plans handy, but they'll be added in their own post.

Returning to the starport after recruiting some Engineers for the newly-recommisioned ship, they noticed the freight elevator was ajar. Scans of the ship's computers and onboard surveillance showed nothing amiss, but J'Imjohtep, Braddock, and Rufus went aboard while Cmdr. Pinback called the starport security. Braddock and Rufus went to their cabins to grab firearms (the Planetary Authority forbade all weapon-bearing) while J'Imjohtep grabbed his broadsword (really more of a bastard sword) from where he had left it in the cargo bay. As he moved in to check the Engineering sections, an unfamiliar alarm began to sound, and a bullet ricoccheted off the bulkhead from the open hatchway to his right. Ducking into cover by the catwalk ladder right next to the hatchway, he narrowly avoided getting shot a second time. He swarmed up the ladder, moved silently onto the catwalk, and got the first real glimpse of his attacker, who was standing next to what looked like an open compartment in the floor, maybe 1x2 meters large. Seeing his chance, J'Imjohtep leapt down and took off his assailant's gun arm with a single blow of his sword.

Then, things got complicated...

Coming up next: Robots, Mining Companies, and Alcohol...
Posted by kesher at 3:02 PM 26 comments:

Dagger: The RPG for Kids (apparently my kids...)

My five year-old twins (fraternal, in case you're wondering) had their first RPG experience this last Sunday, playing the excellent Dagger RPG by Brave Halfling Publishing. There's both a free, condensed, b&w version, or a color version with a few more useful pages for all of a $1.00 (worth it.) This is a game made with young kids in mind, and AFAIC, John hit it out of the park with this one.

The game is really a stripped-down version of early D&D--stripped down meaning no stats, only one saving throw, only four character classes (knight/wizard/elf/dwarf). Well, and an optional halfling. I got the twins (Nate and Sam) thinking about their characters the night before, so on Sunday they were ready to go: Nate wanted to play a knight named...Nate. Sam wanted to play an elf named Spike. At this age, they love to write anything, and the character sheets were perfect:

Sammy actually first wanted to play a wizard, but we were using the figure stand-ups and map from the Pathfinder Beginner Box, and the only male wizard was an old guy, which wasn't doing it for him. He finally found a pretty bad-ass elf, made even bad-asser by the fact that he had a wand and could cast...MAGIC MISSLE!

﻿
Nate found a stand-up knight with a gigantic shield shaped like a lion, and it was love at first sight.﻿
﻿

I used descending AC because it was easier to tell them the AC of the monster they were fighting and then ﻿﻿﻿﻿﻿have them find the number they needed to roll to hit. I also let them roll two dice for HP and pick the highest one, 'cause I just can't play without at least one house rule. Or, actually, two. It wasn't completely clear to me from the rules how many times a magic-using character can cast their spells, so I limited it to once/spell/encounter. That magic wand needs to recharge, you know...

As for the Adventure, Nate the Knight was summoned to the throne room by King Kesher. He explained that their elfish ally, the Elf Queen, had had her magic bird stolen by Garg the Ogre, who wanted to eat it to gain magical powers. Nate was given the quest to rescue the bird and slay the ogre, which he promptly accepted. Accompanying him would be Spike the Elf, one of the Queen's favored heroes.

At the entrance to Garg's cavern lair, they were taunted by some goblins whom they promtply slew. Faced with the choice of an open doorway or a stairway leading upwards, they chose the stair, went up it, and then crept down a short corridor. Ahead, through an open doorway, they heard some strange scuttling sounds. Spike strode boldy ahead, and his torch revealed a large room completely covered with spider webs, especially the ceiling.

This was interesting in that they weren't sure what to do--there was no immediate threat, only a mystery. I told them they could do whatever they wanted; what did they think their characters would do? So Spike decided to touch a hanging bit of web with his torch. It flamed up and out, and something moved through the webs up above from the middle of the room over towards the door where Nate was standing. The dithered a bit more, so then the (surprise!) spider dropped a coil of webbing around Nate and began wrapping him up.

Though they could now see the spider, Spike decided to shoot an arrow at the strand of webbing and see if he could cut it in half to set Nate free. Um, awesome, so yeah, do it! Roll that twenty-sider! He rolls a 19...

With Nate now free, they make short work of their foe, and then it was time for them to go over to their grandparents' house, so we paused the adventure.

It was a blast. Could we have done it using ODD, or B/X, or whatever? Sure. However, Dagger had it all laid out already, all the changes I might've made, and a few good ones I probably wouldn't have.

The other great thing about the game is it's easy reskinnability (I leave with a neologism...) As John points out in the $1 version, let the kids play whatever they want. Just use a current class as a base and tweak as needed. Play in space. Play in the time of the dinosaurs, pirates, pokemon, whatever. And of course, the rules can be used to good effect in adult groups, too. Simple, fast, flexible. Worth every dollar. :)
﻿
Posted by kesher at 11:35 AM 9 comments:

The Best RPG Deal on the Internet: AS&SH, Is Now Even Better!

Seriously, if you haven't already picked up the pdf version of Astonishing Swordsmen & Sorcerers of Hyperborea, go get it now at RPGNow. For the rest of this week it's only...

That, my friends, is a crazy deal. It's like buying a Cadillac for the price of a Yugo. 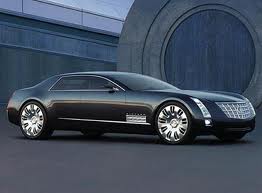 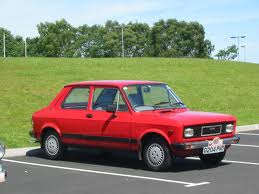 I think I've made my point.

After much rumination and discussion, in just a bit less than two weeks I'm starting up a Classic Traveller Campaign. I haven't run this game since I was, I don't know, 14? However, I've been getting tons of good advice from Victor Raymond, I've got a passel of excited players, and I'll be ready with my subsectors at launch time!

This whole experience will be different too, in that we're not going to be playing at a game store. My family and I moved into a bigger house last August, so we're going to actually be playing in the (wait for it)... basement. Awesome. On top of that, I mean for this to be an actual campaign in pure sandbox style, but more on that later.

For now, some great CT resources: